Methenolone is a steroid used to treat osteoporosis, anemia and catabolic conditions, known as Primobolan. This substance is a DHT derivative capable of firmly binding the androgen receptor, does not convert to estrogen, therefore it does not give gynecomastia, water retention and suppresses the HPTA axis to a limited extent. This steroid has an A: A ratio of approximately 100: 5. Methenolone allows you to increase muscle mass, stimulate hematopoiesis, it also has a very strong lipolytic effect. This drug is considered one of the safest steroids in terms of safety with anabolic agents.

According to several studies, methenolone produces high muscle gains with moderate side effects, however, it should be noted that the use of this steroid, however, results in moderate suppression of the HPTA axis. although it appears to be the steroid with the lowest androgenic activity, being a DHT derivative, it can cause hair loss and prostatic hypertrophy.

The marked lipolytic effect has yet to be explained, and the lack of water retention means this steroid is one of the most commonly used by bodybuilders in the weeks leading up to a race to improve muscle mass and density.

Methenolone exists in two esters: oral acetate and enanthate. used through injection. Since the oral form is not 17α-alkylated, it is moderately toxic to the liver, however, it involves altering the blood cholesterol profile as it lowers HDL.

Methenolone Acetate This is an oral steroid used by athletes at a dosage of 50-100 mg per day, it is active for 4-6 hours, so it is taken several times throughout the day. Although it is an oral steroid, it is not 17α-alkylated, but it is moderately hepatotoxic .

Methenolone Enanthate is sold as depot Primobolan bodybuilding and is an injectable form of this steroid. it is active for about 15 days and is traceable in urine for 5-6 weeks, and is used by athletes at doses of 100 to 600 mg per week. 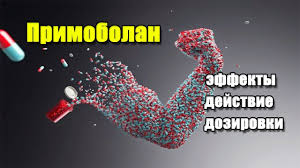 Methylnortestosterone (also called MENT) is an oral nandrolone derivative (nortestosterone) formulated for high catabolic conditions such as those resulting from the HIV virus. This hormone is the 17α-alkylated form of nandrolone, so it is orally active, but therefore also particularly hepatotoxic. It has the same properties as nandrolone, however, it appears to be more anabolic and mostly androgenic, and is estimated to have an A: A ratio of 2000: 600, therefore it also poses a greater risk of for greater androgenic activity. This steroid aromatizes to a greater extent than nandrolone in norestrogens, but is less active than estradiol. Suppression of the HPTA axis is definitely noted after ingestion of this substance, and the subsequent lack of estrogen and testosterone can cause problems such as difficulty with erections, azospermia and lack of libido, to a much greater extent than nandrolone, in fact MENT is also being studied as a possible male contraceptive forms.

Methylnortestosterone has an activity of about 8-12 hours and is used by athletes at a dose of 10 mg per day, the doping test gives a positive reaction to nandrolone, since it has the same metabolites traced in the urine.

Methyltestosterone is simply β-alkylated testosterone. This structural modification allows the molecule to resist first-pass metabolism and be so orally active, but it is highly hepatotoxic. This steroid is sold in many countries, but not in Italy, for the treatment of testosterone deficiency and hypogonadism.

Being testosterone, it behaves as such in the body, therefore aromatizes in estrogen , causes suppression of the HPTA axis, can cause water retention, hypertension, gynecomastia, alopecia, prostatic hypertrophy, etc.

Androgenic and anabolic effects are the same as those of testosterone, so also A: A ratio is 100: 100.

Methyltestosterone is used by athletes in cycles to increase strength and muscle mass in doses of 25 to 100 mg, usually taken over several weeks to limit liver damage. Rapidly metabolized, only visible for several weeks.