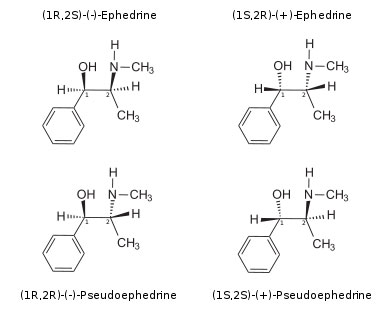 Cocaine is a alkaloid extracted from the South American coca plant .

Cocaine is a stimulant of the nervous system, this substance increases the feeling of wakefulness, suppresses sleep and appetite, improves mood and increases resistance to fatigue, improving physical performance even in athletes, especially in endurance sports. In large doses, it leads to tremors, anxiety, paranoia, tachycardia, palpitations, while in case of overdose, it can lead to seizures, respiratory blockage, heart attack and death. According to laboratory tests, cocaine is the substance with the highest risk of addiction . Cocaine blocks the absorption of dopamine, binding to the transport protein blocks its activity, thus increasing the synaptic concentration of the neurotransmitter. The systemic neurotonergic and noradrenergic systems are also involved in the activity of this substance, although to a lesser extent than dopaminergic ones. Cocaine is also able to block sodium channels, suppressing the propagation of neural action potential, acting as a local anesthetic. Acocaine metabolites are traceable in urine for up to 8 days after ingestion.

Cocaine abuse is widespread and often leads to true addiction with serious consequences for the user , its dopaminergic effect of activating pleasure nerve centers and reinforcing behaviors makes it particularly insidious as it quickly leads to compulsive exploration of the same, resulting in repeated introductions that develop addiction and dependence.

Cocaine is mainly taken by insufflation (it is sniffed), but other methods of taking it are inhalation through smoking, injection and rectal use with suppositories. 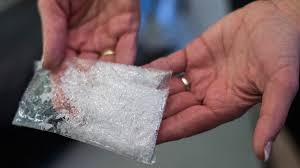 Because of its character-enhancing effects, cocaine is used as a street drug and is a real social disaster. In fact, more than 2% of the adult population in the United States is estimated to use the substance, and worldwide cocaine consumption is estimated at hundreds of tons.

There are many cases of positive cocaine doping tests, and its use has been found in all sports and around the world. Due to the potential for recreational abuse and the duration of the tracking of several days, it is not always clear whether the hiring was determined by the athlete’s desire to improve athletic performance, on the assumption that it was related to the competition, or not was hired before the race and was tracked due to the long stay in the body.

Cropropamide and crotetamide are 2 analectic stimulants that can stimulate respiration and circulation. If they are related, they take the name pretcamide. These substances are found in Micoren, a medicine used as a bronchodilator for breathing difficulties. In the 1980s, after the aforementioned substances were added to the doping list, many football players were found positive for tests. According to many interviews released by people involved in the world of football, Micoren was widely used by players before being included on the banned substance list. Obviously, these substances contribute to muscle oxygenation and therefore improve the endurance of athletes. There is still some doubt as to whether the use of Micoren could be a contributing factor to the premature death of many footballers.

These active ingredients are also used to supplement horses .

Ephedrine is a naturally occurring alkaloid found in the plant Ephedra or Ma Huang , has a phenylethylamine structure like amphetamine, and in fact one of the methamphetamine synthesis processes uses ephedrine as a starting product. p>

The traditional use of this herb as a bronchodilator in the treatment of bronchitis and asthma dates back several centuries. It is currently used as a nasal decongestant, it has been used for many years in the treatment of asthma, but it has now been replaced in this therapy with other more effective substances such as β-agonists, it has also been found in several products for weight control, but due to the possibility of abuse, in some deaths, it was forbidden to sell in almost all Western countries.

Ephedrine is a noradrenergic agonist and increases the release of norepinephrine it also has direct activity against α- and β-adrenergic receptors, therefore it is a stimulant of mixed activity. Its action increases heart rate and range and produces bronchodilation, increasing functionality and physical efficiency, and increasing energy. Like all sympathomimetics, it can cause agitation, anxiety, insomnia, tachycardia, tremors, hypertension, and arrhythmia.

At present, its use is considered doping if the concentration in urine exceeds 10 μg / ml (WADA) and the consumption of 25 mg is sufficient to achieve these levels. .

There are many cases of anti-doping positive attitudes towards ephedrine, remember Maradona at the 94 World Cup. This substance has also been shown in laboratory studies to improve endurance and strength in athletes, it also reduces feelings of fatigue, so it is used before competition to increase performance. Due to its availability, ephedrine is mostly taken by amateurs as it does not undergo doping tests. This substance is often combined with caffeine because the two compounds have a synergistic effect. This relationship is achieved with ratios of caffeine and ephedrine ranging from 5: 1 to 10: 1 at doses of 4/5 mg x kg weight of caffeine and 0.5 / 1 mg x kg weight of ephedrine.