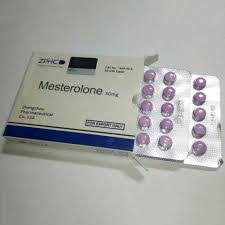 Mesterolone, marketed as Proviron abnehmen, is an orally active synthetic steroid, a 1-methyl derivative of dihydrotestosterone, which has all the pharmacological characteristics and the ability to resist first-pass metabolism and therefore be orally active.

This steroid is used in therapy in the treatment of male infertility, hypogonadism, violations of viril potency, oligospermia, decreased physical and intellectual abilities of middle and old age.

Mesterolone, in therapeutic doses, does not inhibit the gonadotropic function of the pituitary gland and therefore does not inhibit the functionality of the testis, indeed increases it in this way spermatogenesis as an activity, however at very high doses (400 mg) it has instead been shown to inhibit the production of LH and testosterone (Itil).

The active substance follows metabolic pathways very similar to the metabolism of testosterone, but, contrary to the latter, it does not aromatize in estrogen, excretion occurs mainly in the urine, and the 17-ketosteroid is the main metabolite. 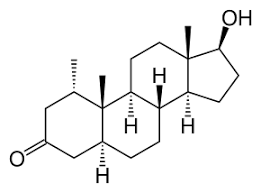 The A: A ratio in mesterolone is 30: 150, so it is a substance with strong androgenic and poor anabolic properties, in fact, as already mentioned, it is used to treat reproductive problems and not to treat catabolic conditions.

In addition to acting as an androgen, Proviron strongly binds to aromatase, blocking its activity, therefore, it is able to reduce the production of estrogen. In addition, it binds plasma protein to an androgenic carrier (SHBG), thereby preventing its binding to testosterone, which therefore leads to an increase in the amount of free androgens.

Mesterolone is used by athletes to support other anabolic steroids to reduce aromatization and the resulting side effects, or it is used in the post-cycle phase to help maintain steroid benefits and help restore abnormal HPTA axis activity. Typically used in doses of 25 to 100 mg, it is active for about 24 hours, so it is taken once a day and can be found in urine for 5-6 weeks.

Methandriol or methyandrostenediol is a steroid derived from the prohormone-5-androstenediol, it is 17α-alkylate. This steroid is not used in therapy, as it has a low A: A profile (60:60), however, it binds to deigococorticoid receptors, inhibiting their activity, therefore it is used by athletes as an anti-catabolic support. This substance also has strong estrogenic activity and therefore side effects such as water retention, HPTA axis suppression, and gynecomastia are very noticeable after using this compound.

The high risk of unwanted side effects and low anabolic activity make methanandriol a steroid of little use by athletes.

This hormone is active both orally and by injection.

Methandrostenolone, or Methandienone, marketed as Dianabol, was the first synthetic anabolic steroid derived from testosterone.

This is a 17α-alkylated oral steroid, so it was changed to position 17 to survive the first pass of metabolism in the liver. Therefore, it is particularly hepatotoxic, like all 17α-alkylates.

In addition to liver toxicity, the use of methandrostenolone is associated with other side effects such as possible renal toxicity, hypertension, alopecia, high water retention, severe HPTA axis suppression, acne, headache, and hirsutism.

Methandrostenolone has been shown to be a very weak ligand for the androgen receptor, so most of its effects are considered non-receptor-mediated.

Several studies (Hervey, Fried) from the Seventies / Eighties show how Dianabol cycles for several weeks lead to significant increases in muscle mass (2/7 kg) and strength, but at the same time they determine weight gain also due to water retention, decrease in plasma levels. testosterone, LH and FSH.

Dianabol was born with the goal of improving strength performance, has never had any other therapeutic use, therefore, it is used by athletes with dosages between 10 and 100 mg in cycles of several weeks to increase muscle mass and strength. As an oral steroid, it has a short duration of action (6/8 hours), so it is administered 3 times a day to stabilize its levels. Doping test statistics show that it is one of the most used steroids by athletes, in which it ranks among the most tracked steroids, despite being only tracked for 6-8 weeks.

Bodybuilders generally only use this drug for the first 2/3 weeks of an anabolic cycle to continue taking other steroids to reduce the side effects of this substance.