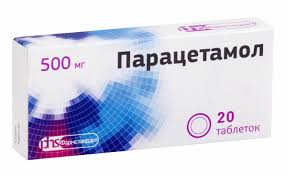 Paracetamol, contained in tachypirin , is an antipyretic analgesic, but with a low anti-inflammatory capacity, it does not cause side effects such as nephrotoxicity and gastrosis, except in very high doses, in fact it is also prescribed to children to reduce febrile states.

Paracetamol is indicated as an antipyretic agent in the symptomatic treatment of febrile diseases such as influenza, exanthematous diseases, acute respiratory diseases, etc., as well as as an analgesic for headaches, neuralgia, myalgia. and other painful manifestations of moderate degree, of various origins.

Paracetamol It is found in some products for flu symptoms and headache combined with caffeine and aspirin, some athletes use these compounds as a mild stimulant from the USA. before the competition to improve performance. These associations do not represent prohibitions under anti-doping rules, however, the actual effectiveness is not very clear. Users, especially cyclists, say they feel less tired when using this type of product.

Nimesulide, contained in Aulin, is the progenitor of selective anti-inflammatory drugs for COX2. In fact, it is the “preferred” COX-2 inhibitor with low selectivity, a characteristic that places it halfway between classical non-selective NSAIDs and selective COX-2 (celecoxib). It has few gastric side effects, but there is a certain hepatotoxicity and nophrotoxicity, and recently, due to the increasing use, this particular active ingredient has been placed under a unique prescription health regimen. It has now been withdrawn from the market in some European countries and pharmacovigilance agencies are still discussing at Community level how to behave with regard to the use of this substance, the risk / benefit profile is still considered favorable at this time. It is often used for toothache and chronic inflammatory conditions.

Currently, the patents for this substance have expired, and it can also be found in pharmacies as a universal one, usually found in tablets. or granular at a dose of 100 mg.

Nimesulide, according to some statistics, is the NSAID most commonly used by athletes for the treatment of sports-related injuries and inflammations. Correct use by an athlete for the dose and duration of this substance will almost always lead to rapid recovery and return athletes to their normal athletic performance. The duration of treatment is sometimes extended beyond measure, but is justified for traumatic-inflammatory situations after repeated abuse, but this practice is associated with an increased risk of disappearance of side effects.

Ketoprofen is contained in several preparations: Oki , Orudis , Fastum etc. This active ingredient is available in doses ranging from 25 to 100 mg in capsules or granules. This substance has a structure similar to ibuprofen, they are both acid-arylpropionic derivatives, but they have greater anti-inflammatory and analgesic activity.

Ketoprofen is also found in several topical ointments used for bruises and joint pain. Dalmese January 2011 products for skin application based on ketoprofen are only available in pharmacies after presentation of a doctor’s prescription, as these ointments pose potential risks associated with exposure to tanning lamps or the sun, even when the sky is cloudy.

According to some studies, ketoprofen transdermal patches appear to be more effective than diclofenac gel in the treatment of various sports injuries.

Celecoxib and the other drugs mentioned are selective COX2 (cyclooxygenase type 2) inhibitors used in the treatment of chronic inflammation such as rheumatoid arthritis.

The COX enzyme exists in two forms: the first is constitutive, which is always present, responsible for those prostaglandins that are used to maintain certain cellular functions, such as the production of gastroprotective mucus in the stomach, while the second form (COX2) is defined as inducible , in the sense that it is produced only in the case of a cellular stroke and is responsible for the production of inflammatory eicosanoids, in fact it is produced precisely in inflammatory processes. Selective COX2 inhibitors specifically bind the second form of the enzyme, therefore, they are selective for the production of inflammatory agents and reduce the incidence of some side effects typical of NSAIDs, in particular, reduced gastrosomnia.

This class of drugs ( selective COX2 inhibitors) According to many studies, there is a certain risk of cardiovascular events, so their use in therapy is still controversial.

These drugs are little used by athletes as they are less readily available given they are subject to a more controlled health regimen. Their low use is probably also due to a lack of knowledge of their existence in the sports sector.