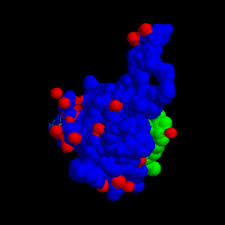 IGF-1 is produced primarily in the liver as a consequence of GH-induced stimulation. When GH secreted by the pituitary gland reaches the liver, it acts to produce somatomedin C. Once IGF-1 enters the circulation, it acts on specific cellular receptors that activate growth, proliferation, and cellular repair processes and inhibit apoptosis (programmed cell death) … Circulating IGF-1 is bound to a transport protein that renders it inactive, only the free form can bind receptors. This transporter has the function of modulating the activity of the sometemin in question. 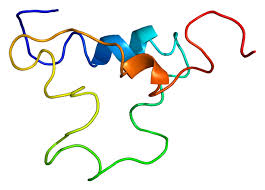 The action of this hormone is determined, in particular, on muscles, erythropoietic cells, cartilage and oss ​​a, but also on other tissues such as internal organs, nerves and skin.

This growth factor has various isoforms and is actually produced not only by the liver, but to a lesser extent by other tissues such as muscle, isoform m (mIGF-1), the expression of which is also induced by intense training, where it has a local effect that stimulates tissue restoration.

IGF-1 is the most anabolic hormone of the whole organism, its effect on muscles is carried out by stimulating tissue hypertrophy and hyperplasia through the activation and proliferation of myoblasts or satellite cells, which are a class of muscle stem cells that, when activated by the action of somemin C, multiply , multiplying and generating new cells, thus increasing the total number of muscle cells.

IGF1 has been produced biotechnologically and is used in the treatment of certain forms of dwarfism that do not respond to GH, similar to Laron’s dwarfism, which lacks receptors for growth hormone, which therefore does not activate IGF1 production. In this case, the use of exogenous GH is ineffective, since the cause of dwarfism is insensitivity to the action of GH, and therefore the treatment is based on the use of somatomedin C, a mediator of the action of growth hormone, but is not performed. body. Currently, in addition to this particular pathology, IGF-1 is used in replacement therapy and is being studied as a treatment for ALS (amyotrophic lateral sclerosis) and insulin-resistant diabetes.

It is obvious that a substance with these abilities is used by athletes to increase muscle mass and strength. In addition, having a very short lifespan in this case, it is very difficult to detect it in anti-doping tests, in fact, there are still no confirmed cases of a positive attitude towards the tests, however, for several years it has already been available to athletes.

The side effects found with this substance are similar to those reported for GH, but are likely more noticeable as IGF-1 mediates the effects of growth hormone. In particular, there is a correlation between somatomedin C levels and the development of cancer, in fact, it seems that various forms of cancer grow faster when there is more IGF-1 in the body, moreover, this substance causes visceromegaly, which is often the cause of the huge bellies that can be seen many bodybuilders.

Information on methods of administration by athletes is scarce, but it appears to be used in dosages of 60 to 120 mcg per day for 6/12 week cycles.

This is a special pharmaceutical form of IGF1 in which an amino acid has been replaced in the original chain and the amino acid sequence N-terminus has been added. These modifications make the substance more active, since it is more difficult to bind a transport protein that inactivates the growth factor.

The form is 10 times more active than IGF1, which lacks the last 3 amino acids. This structural change increases the affinity for the receptor and interferes with the binding of the carrier protein to the growth factor.