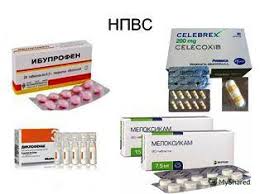 By the abbreviation NSAID, we mean a set of substances with anti-inflammatory, analgesic and antipyretic effects with a non-steroidal molecular structure. These substances compete with arachidonic acid to bind cyclooxygenase (COX), an enzyme responsible for the first step in the production of numerous molecules involved in the inflammatory process (inflammation).

The so-called arachidonic acid cascade is the basis of inflammatory processes, because the body produces the so-called eicosanoids from peanut acid: prostaglandins, prostacyclins, leukotrienes and thromboxanes. These substances are involved in the processes of protection and repair of cells, therefore, they are produced whenever an external stimulus (infection, mechanical damage, thermal or chemical stress, etc.) tends to damage a particular tissue. 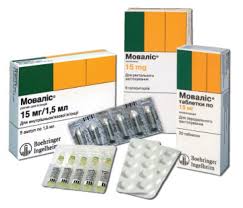 NSAIDs are the primary medical tool for fighting inflammation. These substances have the general activity of reducing the production of arachidonic acid derivatives by inhibiting the activity of a particular enzyme, cyclooxygenase, which is responsible for the first step in the metabolism of the aforementioned fatty acid.

The numerous biochemical effects of these substances determine the various possible therapeutic uses of these drugs.
In fact, they are used in the treatment of rheumatic and non-rheumatic pathologies such as rheumatoid arthritis and osteoarthritis, as well as tendonitis, bursitis, and in any case in all these manifestations affecting the musculoskeletal system are supported by the presence of inflammatory phenomena.
They are also used as pain relievers and are therefore prescribed to relieve mild to moderate pain, especially when the pain is associated with inflammation: in fact, they are able to suppress muscle pain, postpartum pain, pain due to small operations such as tooth extraction can be beneficial for headaches, menstrual pains, etc., so they are used to treat arthritis, osteoarthritis, musculoskeletal pain, headaches, rheumatic pain, flu, postoperative pain, gout, etc. . d.

Athletes use these drugs to relieve trauma-related discomfort and to reduce symptoms of inflammation of muscles, tendons, bones and joints.

Overuse and Chronic Use Anti-inflammatory drugs can lead to various side effects, such as:

NSAIDs are classified into different classes according to their chemical structure:

NSAIDs do not fall into the class of substances prohibited by anti-doping rules, so athletes can use them without being disqualified. In fact, these substances are also regularly used by athletes to relieve inflammation, injury, and acute pain caused by sports. Anti-inflammatory therapy for trauma, which should only be given for 5/8 days, often lasts for several weeks. Long-term continuous use of anti-inflammatory drugs repeatedly establishes the previously described side effects, in particular, stomach problems occur first. However, the athlete is trying to quickly heal from the injury at the expense of the health of the whole body.

From studies conducted in different countries, it is clearly seen that NSAIDs, in particular animesulide, are widely used.In athletes at the modal level, this also occurs in Italy, however, there are no specific data on the dosages used, the duration of treatment and the appropriateness of use. p>

If the analgesic effect is already detected in the following hours when taking NSAIDs, the situation with the anti-inflammatory effect, on the other hand, is very different, in fact, it may take several weeks of NSAID therapy to treat the inflammatory conditions resulting from trauma and trauma caused by sports , especially when inflammation, the time of chronic healing becomes prolonged, and therefore a therapeutic intervention, which is obviously associated with a greater risk of side effects.

Athletes often overuse anti-inflammatories to compete even in less than optimal physical conditions. Many athletes take NSAIDs to compete or even just exercise even with pain, joint inflammation, injury, etc.

Improper use of these drugs can lead to serious harm to health: exercise and even competition under the influence of NSAIDs reduces the perception of pain, therefore, the athlete does not feel the inconvenience of a possible injury, but does not eliminate the event, it simply does not feel the impact. as a result of which he is forced to over-strain the damaged area. risking worsening the situation. Typically, the inflammatory condition increases the pain sensation every time an inflamed area is requested, under the action of NSAIDs, pain is not perceived, and the athlete strains the corresponding area, thereby increasing the violation, which will again be perceived as such. drug effects. In addition to these problems, overuse of anti-inflammatory drugs can lead to the side effects previously described. The use of anti-inflammatory drugs to accelerate healing from trauma, trauma, bruises, tendonitis, etc. is correct from a therapeutic point of view, however, further physical exertion under the influence of these drugs will worsen existing injuries.

It should also be added that some studies show that the use of NSAIDs improves endurance through mechanisms not yet known, and for this reason some athletes use NSAIDs before competition.

Finally, it should be remembered that inflammatory processes are also the basis of muscle hypertrophy and processes of adaptation to the efforts of the muscular apparatus. skeleton, such as collagen production, activation of muscle satellite fibers, synthesis of contractile proteins, so chronic use of anti-inflammatory drugs can reduce these processes, since it is the possible increase in muscle tissue caused by exercise and an increase in tendon resistance, in fact, and some scientific studies on have actually found that continued use of NSAIDs reduces these adaptations.